The story takes place in the fairly distant future and centers on a jaded, middle-aged detective named David Carmichael. Every morning, he rides a rickety old elevator up to his office near the top of a run-down building. For the last couple of months, he has met a young woman–Elena Cormack–every day in this elevator. Sometimes they talk, sometimes they spend the entire elevator ride in complete silence–but how will the relationship between these two people change?

Note: This game has a few instances of profanity and talks about things like murder, but nothing violent or disturbing is ever shown or described in much detail. If you can handle the text from the screenshots, you should be fine for the rest of the game.

All artwork (except for one BG) was done by Auro-Cyanide. All writing, programming, and UI design was done by Lore. The Elevator is a free visual novel by Cyanide Tea and was released on May 8th, 2012. The German version was released on July 12, 2012. 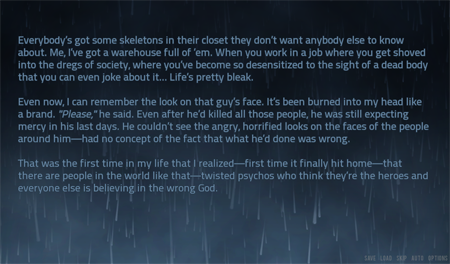 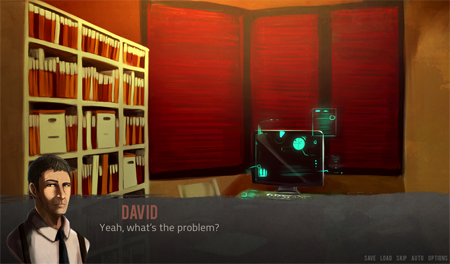 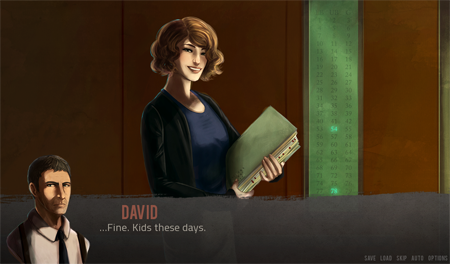 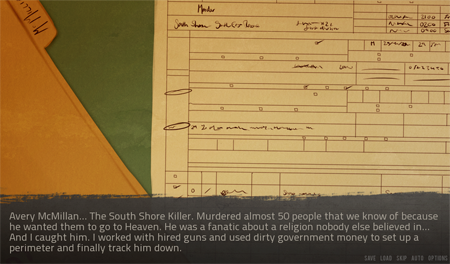 Ren'Py .rpy files: These are meant to be used as guides for those looking to create their own visual novels in Ren'Py. Do as you see fit with these, just don't try to claim them as your own.

The Elevator visual novel (GERMAN): The above in German, as translated by Marcel Weyers.

In the event that the above links do not work, we have also uploaded the files to this MediaFire folder.

Getting the true ending hinges on whether or not David is able to open up to Elena and try to get over his past. If you keep that in mind, you should be able to obtain the True Ending.

In order to obtain the True Ending, you need to have David make the following choices:

Any deviation from these choices will lead to the Normal ending.